I have lately neglected to write or update my blog. Since I have been back in the States, all I can think about is enjoying myself and I often find myself wondering, “why would anyone want to read a blog about the stuff I do when I’m at home? Sounds boring…” But after my mum asked why I haven’t blogged in so long, I decided it was time. Since it’s been so long, I have taken many pictures! So this post will consist of quite a few words, but possibly more pictures… Enjoy 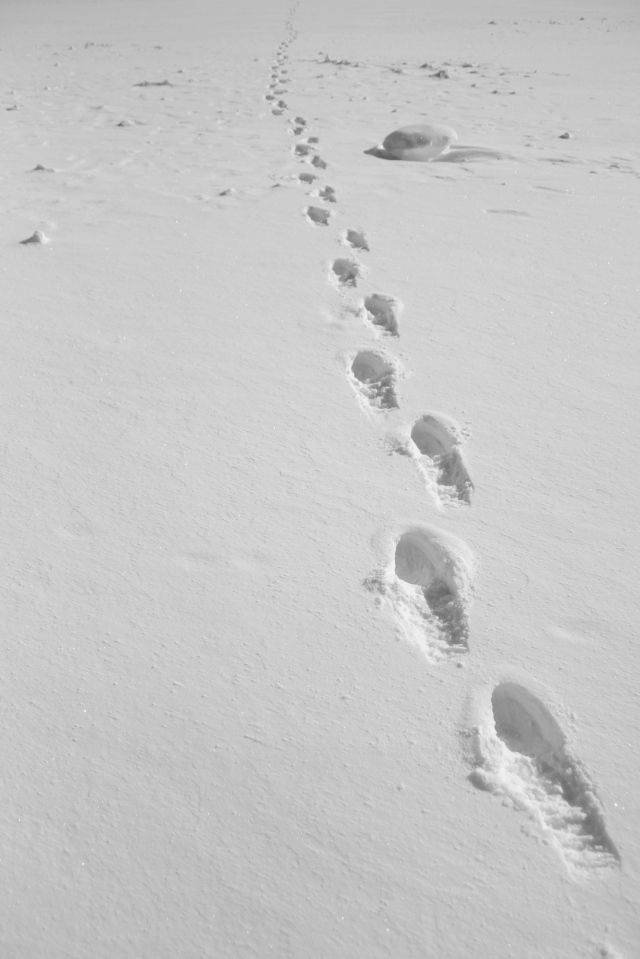 Since the Super G at World Cup finals in Lenzerheide, Switzerland was cancelled, I have spent all of my time in the good old United States of America. I know it sounds absurd, but after a lengthy, grueling season in Europe all I really want to do is come back to the states to shop in our grocery stores, drive slowly, and drink Kombucha. Packing my bag every 2-5 days and moving to a new mountain resort to race another world cup and depart for another place just as quickly and hastily as I arrived can get pretty exhausting and often makes me yearn to return home. Not that my life isn’t incredible…I do not hesitate to claim that I have the best job in the world (or at least one of them!), which is quite a bold statement. Nonetheless, when spring begins to approach I get the itch to escape the ski-racing scene and do my own thing for a little while.

Upon returning home, I basically headed straight to Colorado for some spring series Slalom races. Sometimes I forget how much fun Slalom is! But that didn’t last long..three days later I was on a plane to Salt Lake City, Utah for testing in Park City. Only one day in Utah and I was already headed back to Colorado for Nationals in Winter Park, Colorado. Post Winter Park we were off to Vail for the final GS races of the year! You would think the traveling and craziness would stop there….but we headed straight from Vail to Malibu for some post-season fun! But…only for one day. I then took off for a fundraiser in Boston, Massachusetts. Across the country and back….in a mere two days! I didn’t even spend a full 24 hours on the east coast before heading back to California. It was time for the Mammoth Invitational, which is a fundraiser for the mountain from which some of the proceeds go to the World Cup Dreams foundation (a non-profit organization that supports injured and unfunded American ski racers). After Mammoth…it was….FINALLY…time to go home. Now I am laying in bed with the flu, which is forcing me to get some well-needed rest before I get to play in the spring breeze and sunshine.

After spending all year with the same grown-up coaches and teammates, I got the opportunity in Mammoth to hang out with the little ones and reminisce about the days when I was just a small girl without a care in the world. Sometimes it’s incredibly difficult for me (or I imagine, anyone) to understand why the screaming and annoyances are necessary. It’s all too easy to get fed up and give into punishing or dismissing little kids when you let them get on your nerves. But when I was in Winter Park at Nationals, I saw an old coach and friend of mine who reminded me of how I got where I am today. The patience it takes to be friends with children is only that of a saint when you possess the stubborn mind of an adult. I can’t think of a state of mind that I would rather encompass than that of a little kid…and Brad just recently reminded me of this. Who wants to be an adult when you can be an animal, build snow caves, scream and laugh until you have no voice, and never consider to care what anyone else thinks? These guys have imaginations that we cannot even begin to understand, limits to prove that boundaries are merely mental, and fear only of cooties and dead pets. So as the spring and summer approach, I am determined to think more freely, act sporadically, and be silly whenever I want. What do I have to lose? Only the close-minded people that take themselves too seriously will find this idea ridiculous…and who needs them anyway? I remember when my little sister thought she was a dog for a whole year. She refused to sit at the table, lapped out of a bowl on the kitchen floor, spoke in only pants and barks, and insisted that we call her “Shushi.” Perhaps I’ll start there….

I have no certain plans for this spring, although I am hopefully going to head up to Bend tomorrow and, if I feel up for it, race in the Spring Series Super G’s (which should be a lot of fun!). I have been planning a California coast road trip with a friend for a little while, so I am hopefully going to venture down south within the next week or so. I’m sure I will have some interesting stories and pictures, so keep checking in for more adventure thoughts! Until then, be sure to laugh your head off….

Here are some photos that I’ve taken over the last month. Enjoy. Love is all 🙂

the DH course in Lenzerheide from afar

the finish and the crowd…so many fans! 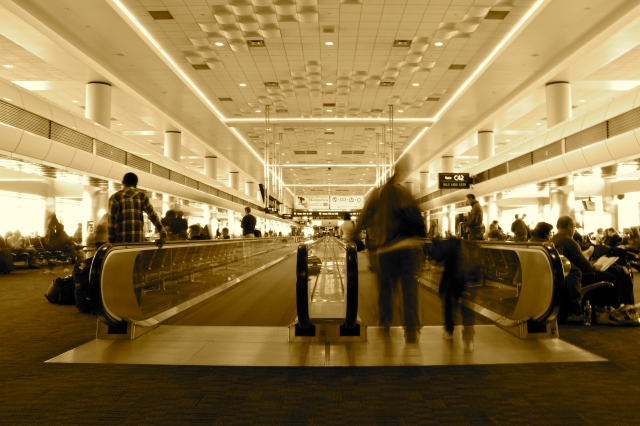 ghosts in the Denver airport

…and in the Salt Lake airport 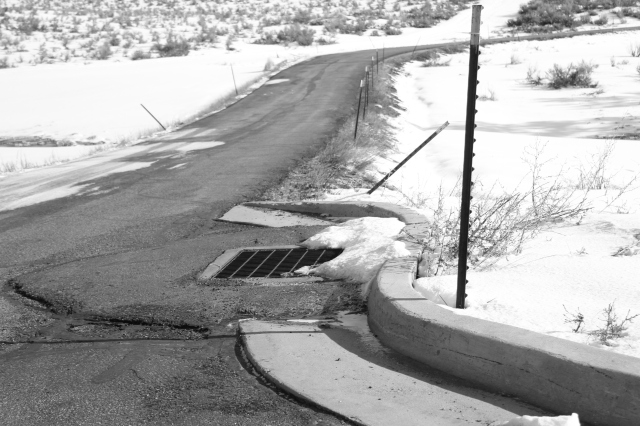 the start at nationals in Winter Park, Colorado 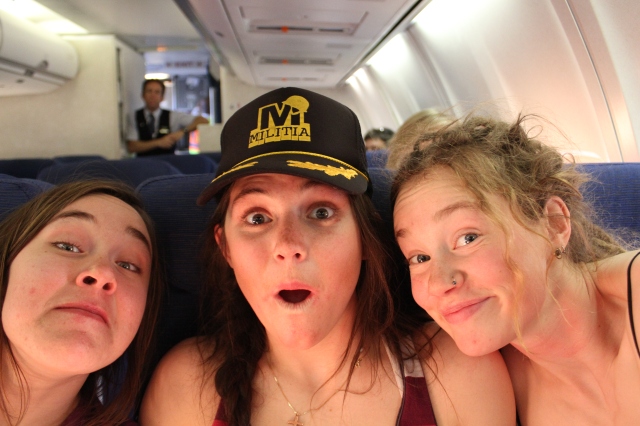 on our way to Malibu-ya!

babes on the beach (Leanne, Alice, and Julia)

a very grey view of the beach

Julia in the sunset (sorry, the sunset pictures will get old by the end of this, I’m sure….) 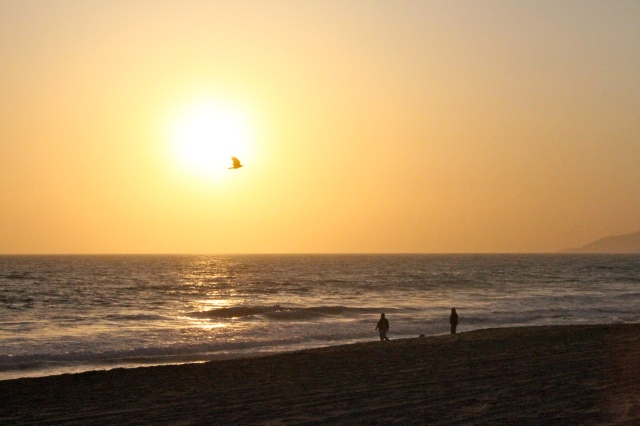 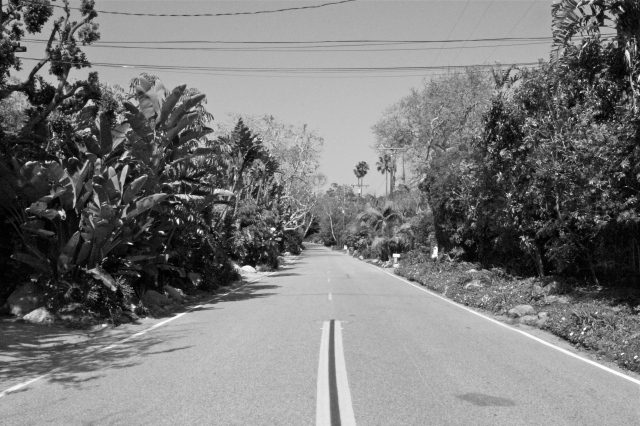 the swing at Lorencious’s beautiful palace in Malibu!

even weeds look good in this sunset

surf bros…yo what you guys doing? 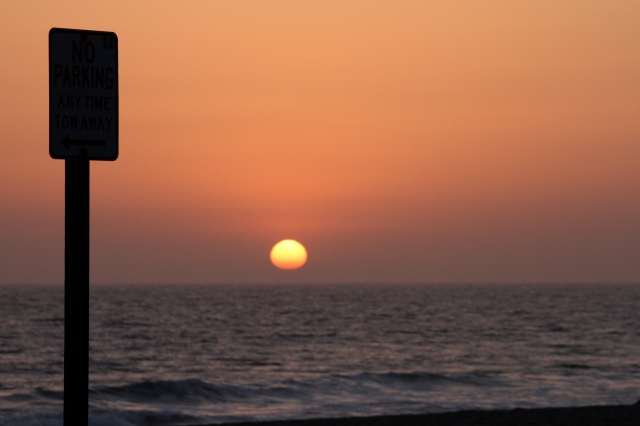 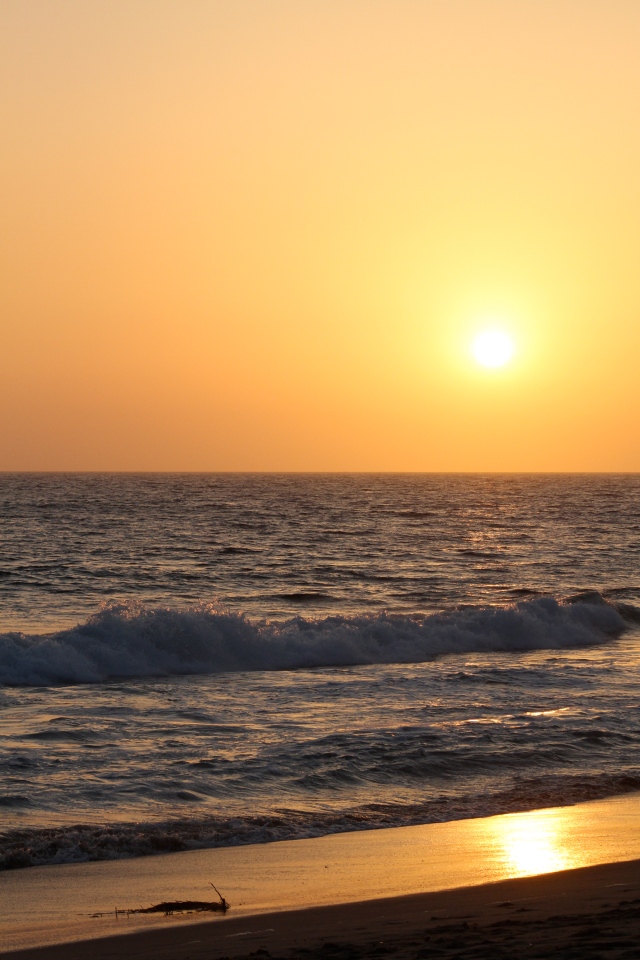 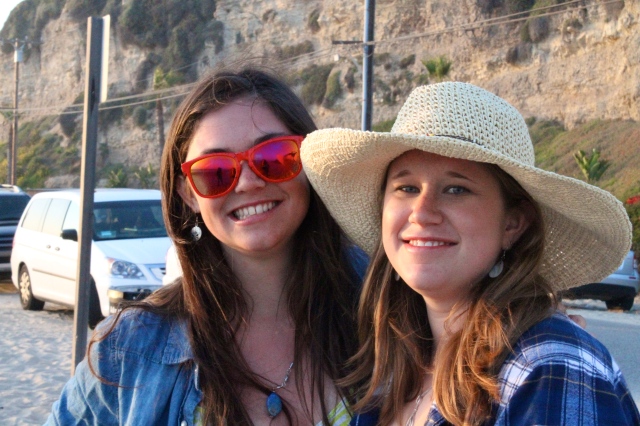 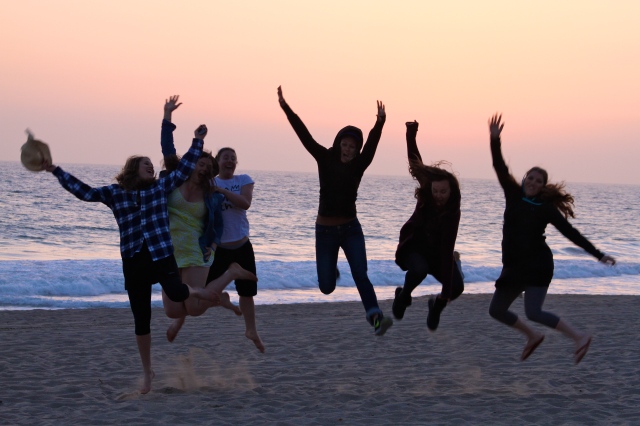 this girl’s style rocks my world 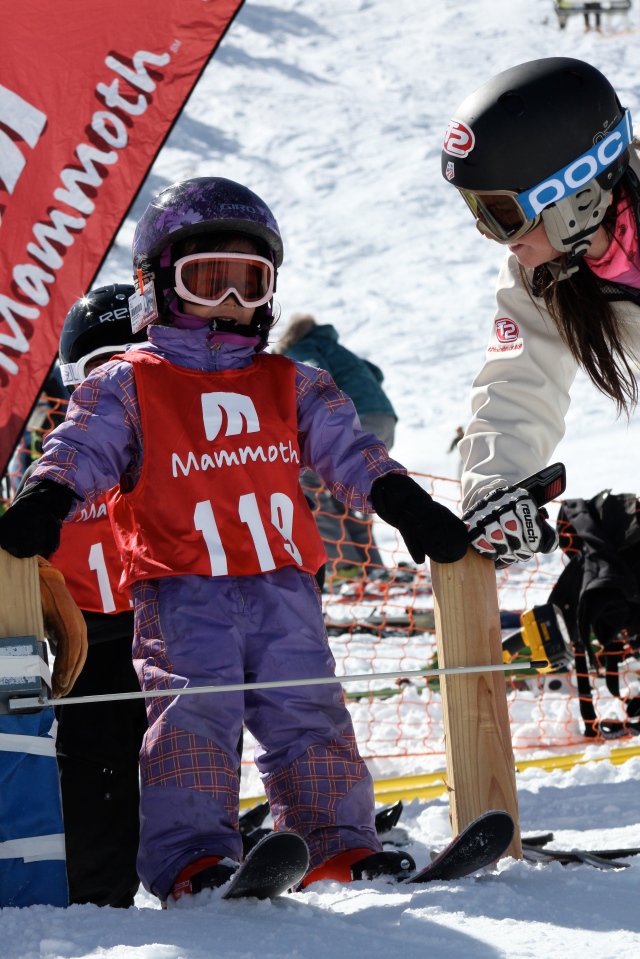 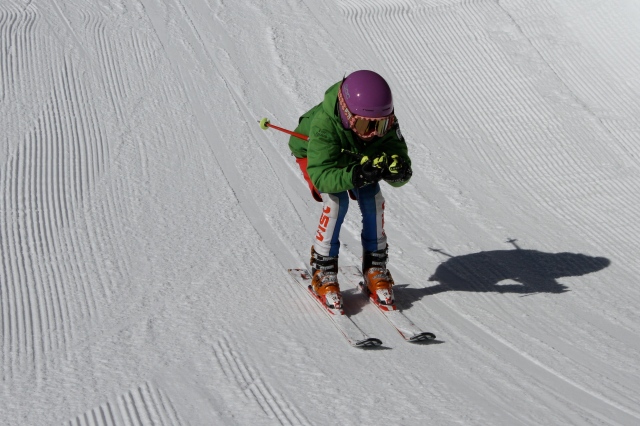 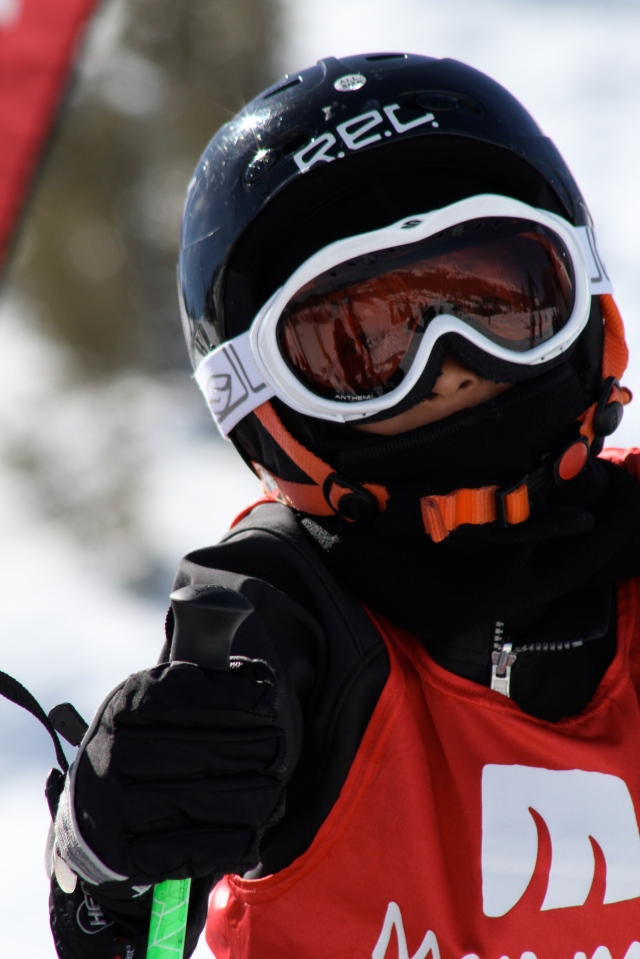 smile in the start 🙂

I want an animal helmet cover!