Competing in a winter sport has never had consistent or predictable outcomes because of the variables that are presented by nature everyday. I can’t rely on the weather to comply with our racing plans—I can never be sure that I, as a ski racer, won’t be graced with a gust of wind, a thick fog, or an unforeseeable snow fall. But, as of lately, I now cannot be certain that there will even be snow on the mountain. I have lately experienced melting glaciers, abnormally warm conditions, and an undeniably peculiar lack of snow on many occasions.

I recently read the novel “Ishmael” written by Daniel Quinn, which was not only a wonderful read but a well-needed eye opener as well. The way that the human race has treated the earth within the last few centuries has caused irreversible harm that is becoming more and more apparent each day. Not only have we been selfish about resources in the sense of other beings on the planet, we have so eagerly jumped to call ourselves the final product of evolution. We feel entitled to jurisdiction over other beings and over the earth, and have therefore run into the problem of endangered species and endangered resources. This is something we have all been hearing and reading about for years and years, and it is now becoming visibly real in my everyday life…a once distant idea that has now become an undeniably scary truth that I can no longer ignore.

While travelling to Maribor, Slovenia for a World Cup Giant Slalom and Slalom ski race, I yet again experienced a lack of snow that not only drastically affected the public’s opportunity to enjoy skiing, but caused another World Cup race to be cancelled. The temperature of 12°C (54°F!) was quickly melting the snow, which was initially man made anyhow because of the current lack of storms in the area and the unusually high temps. There was no sign of snow in the city, and the strip of snow down the race hill was disconcerting and disheartening for all of us there with the intention of racing. The snow was not only melting from the sun’s heat, but it was melting from the heat of the mountain—from the base of the snow up to the surface layer. Streams of water were running down the side of the hill. Though the race crew thought that chemicals could save the snow for our race, it was just too warm for any treatment to make the hill safely race able.

The fact that we are using chemicals to try and save our snow shows how desperate we are becoming to temporarily fix a permanent problem that we have created. We cannot use our superhuman powers to save nature. Though we now have snow-making machines and chemicals to save our snow, these resources will also not last forever. It is important to not only think about how the climate is affecting our snow sports, but how our snow sports and actions are also affecting our climate. The snow altitude level is rising drastically: in 2050 the snow level at Park City Mountain Resort will be around 8,000 feet. Low altitude ski areas are slowly going out of business, and sometime in the future we will have to climb to great heights just to reach the snow. Not only is climate change affecting ski racing, but also recreational skiing and boarding, Nordic skiing, ice climbing, kayaking, mountaineering, all winter sports and many year-round sports as well.

The Save Our Snow Foundation was founded by Alison Gannett in 2006. Gannett is a World Champion Extreme Skier that was named a “Green All-Star” by Outside Magazine along side Arnold Schwarzenegger. You can check out the Save Our Snow Foundation website at: http://www.saveoursnowfoundation.org/The_Save_Our_Snow_Foundation/Welcome.html to further understand the effects climate change is having on our sports. The future of outdoor sports is being jeopardized by the way we treat the earth…so let’s keep pursuing our outdoor passions by taking a closer look at climate change and what we can do to prevent it. Keep winter alive!

On a lighter note, here are some pictures from Maribor and other random places I have been during the past couple of weeks! 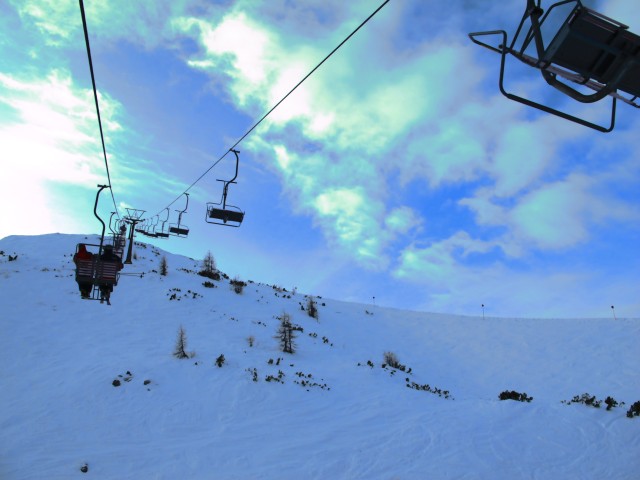 the chair ride in Zauchensee 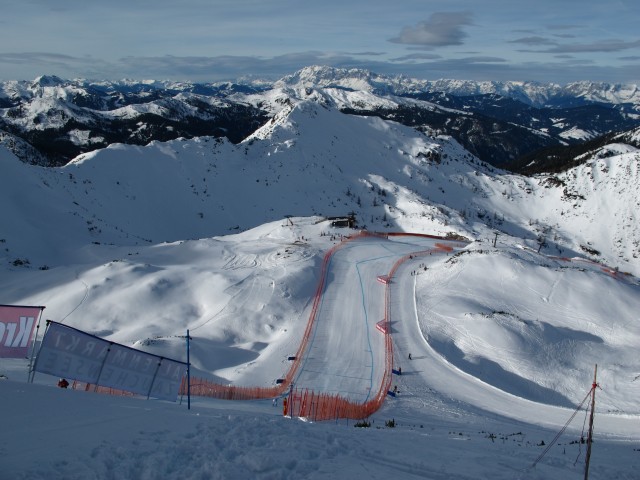 the intimidating and beautiful start of the DH in Zauchensee

click on this one and zoom in. it’s a 360 degree view from the top of Zauchensee! 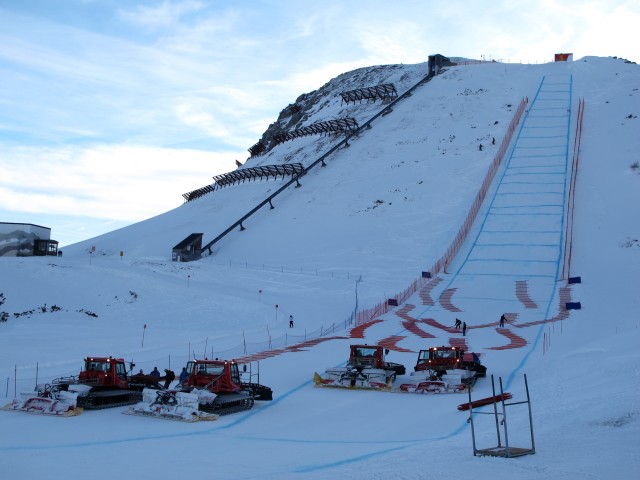 view of the night SL in Flachau from my hotel room porch! 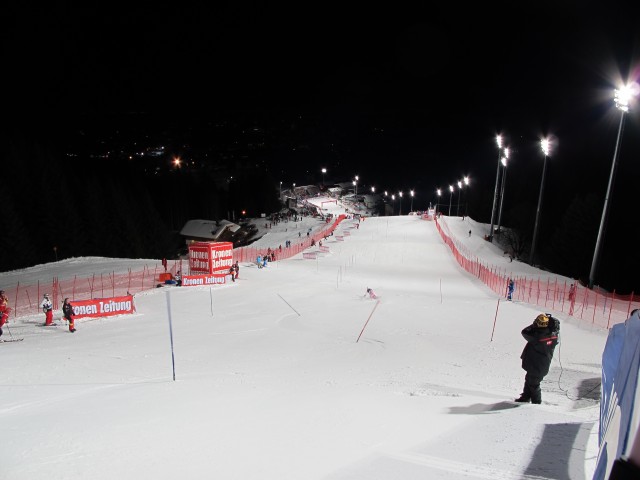 top of the night SL in Flachau

a jog along the river in Maribor 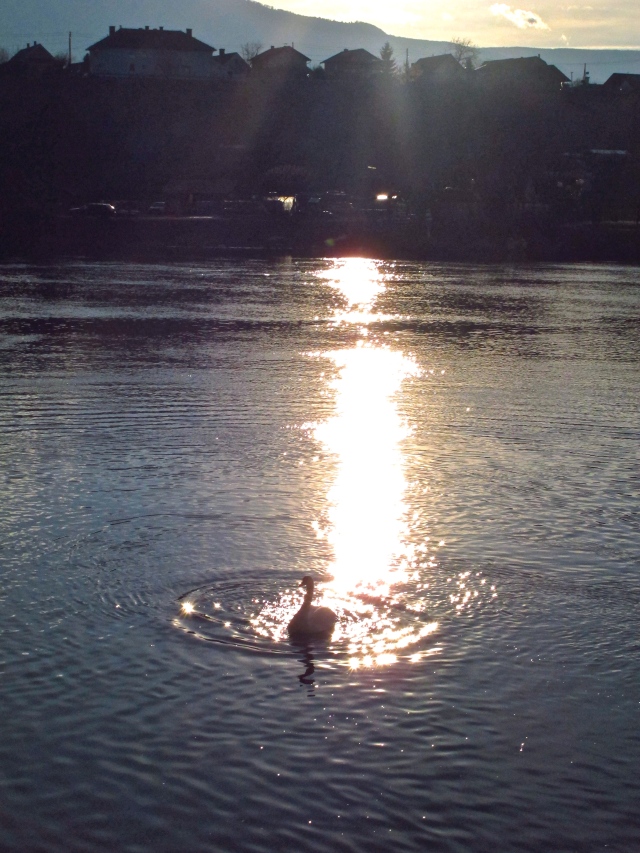 swans in the river 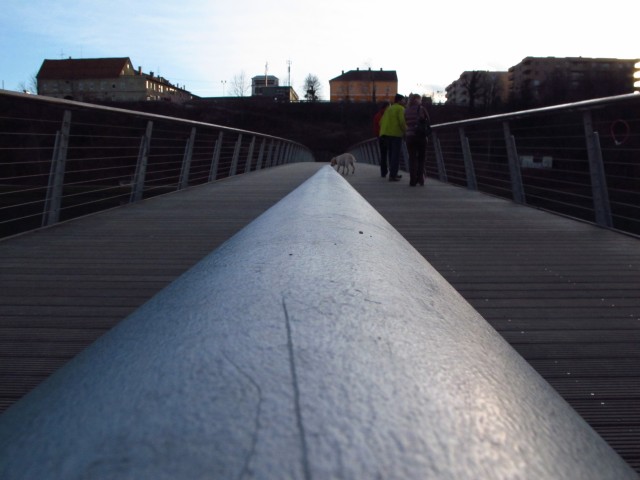 a neat bridge crossing the river

….and looking down the river 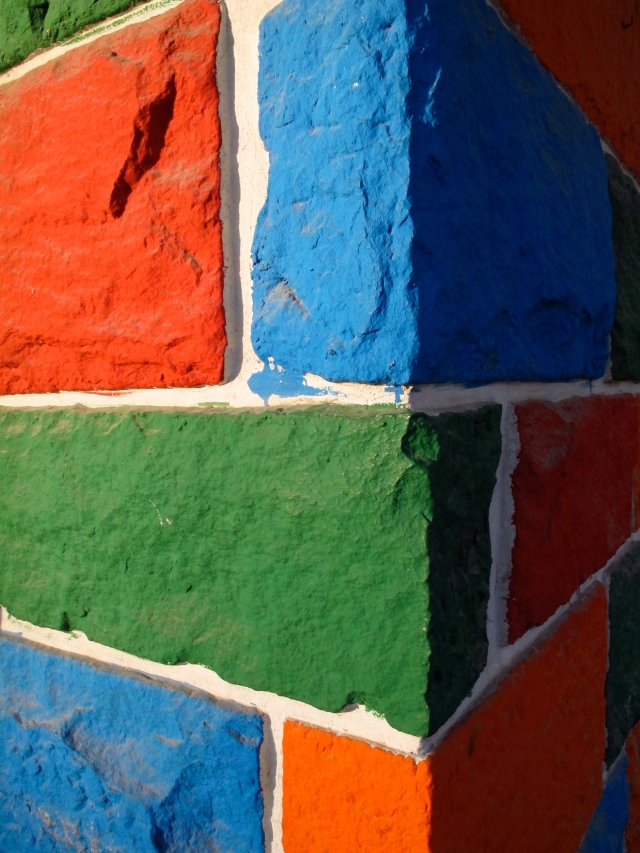 some beautiful bricks outside of a Mexican restaurant in Maribor

Lasse and Guatalupe, two of the most adorable kids of two of the bravest moms I know 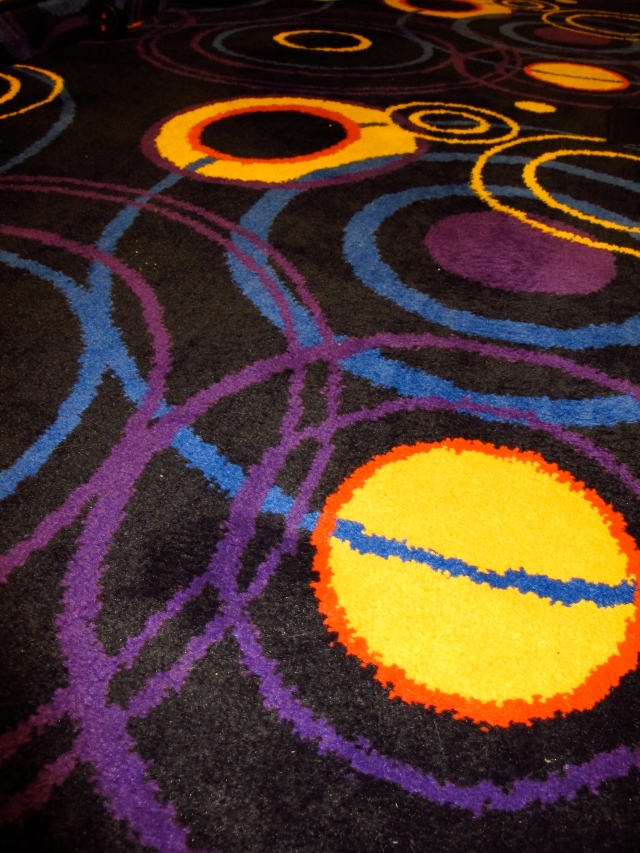 I had to put this in because it is the coolest carpet ever!

The hotel we stayed at in Maribor (hotel 365) was the neatest hotel with the nicest hosts! They had some pretty creative interior design going on, wonderful food, and an awesome staff. Other than the warmth, the time in Maribor was pretty enjoyable. It was my first time in Slovenia, and I really loved what I got to experience of the culture there.

I am off to Cortina, Italy tomorrow for another speed race! I hear and hope that the conditions will be better than they were in Maribor, and the temperatures are supposed to start dropping. So hopefully we’ll be in for some good speed racing! I am ready to race again. Well, that’s it for now. Peace and love ❤

1 Response to climate change is lame.